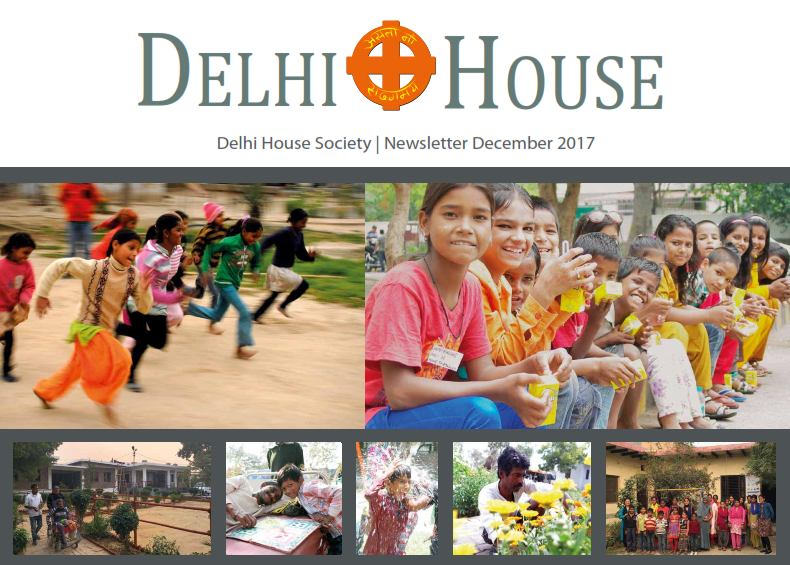 Delhi House Society is a Christian humanitarian development organization that has been faithfully working with the poorest of the poor in Delhi for more than two decades. It was awarded the Mother Teresa Award for Social Justice for being a modern day Good Samaritan. Our approach to community development is to create ‘community hubs’ that act as a nexus point for people to come together, collaborate and create community led solutions to the challenges they face. I joined this modern days Good Samaritan ministry in 2010. God spoke to me on 1st January 1997 about the biblical verses in Isaiah 58 and I wrote this in my diary, but forgot about it in these 13 years. I did my theology exam and later me and my wife did a Master of Social Work, but didn’t really know why. But since 5 years now I have the opportunity to work with Sewa Ashram, a work that is based on Isaiah 58 and to work as a Good Samaritan.

I never thought that I would serve in a ministry with such under privileged people to show Godly love and care. I remember the Samaritan in the story, particularly in the context of the time and culture, was extravagant in his display of compassion and kindness. Shocking. Excessive. Unheard of. The story sets an example for how to take a risk and serve strangers, but there are countless ways we can help people improve their lives in our own communities.

Sometimes serving others is a small act of compassion and kindness. Other times it’s a sacrificial investment that changes someone’s life and even our own in the process. Many times, both giving and receiving kindness can be uncomfortable. It’s awkward, and it can push us out of our comfort zone. If you’re looking for a way to serve, you can start small.

Pray for us and do become a Good Samaritan. Make a big smile on the face of a stranger.

May Good God Bless you. 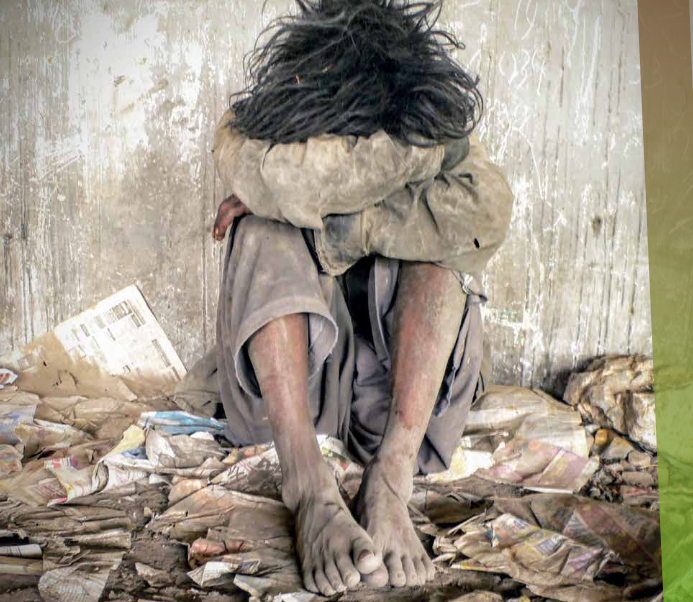 Is it not to share your food with the hungry
and to provide the poor wanderer with shelter
when you see the naked, to clothe them,
and not to turn away from your own flesh and blood…
if you spend yourselves in behalf of the hungry
and satisfy the needs of the oppressed,
then your light will rise in the darkness,
and your night will become like the noonday..

You will be like a well-watered garden,
like a spring whose waters never fail.
Your people will rebuild the ancient ruins
and will raise up the age-old foundations;
you will be called Repairer of Broken Walls,
Restorer of Streets with Dwellings.         Isaiah 58, 7-12

In 2007 – 12 years after the tender beginnings on the streets of Delhi – Ton Snellaert leaves the Sewa Ashram and Delhi House. After 12 intensive years, which carried an enormous measure of hope, energy, faith, commitment and love. There were ups and downs – saved lives, bliss and dramas – until the day when Ton’s reserves of energy were depleted and it was time to move on. Now – again 10 years later – Ton lives in Appeldoorn (Netherlands) and a circle closes. We are pleased that he has shared some thoughts for this newsletter with us.

A farewell at the place where it all began

Ten years ago, by the onset of autumn, morning-air slightly crisp, I waved once more, but also for the very last time at the family and patients of Sewa Ashram community who were all gathered by the gate. Some kids, shouting Jai Guuruji, Jai Tonbabaji, ran alongside the car waving and shouting my name till I was out of sight, merging in Delhi’s traffic. On our way to the airport I had to stop and visit one more time the countless destitute sheltering under the fly-over at the Yamuna Bazaar-crossing, ‘’the Yamuna Bridge’’. The exact spot where it all started.

In the year 1995, passing by in a car, atop this very same bridge, the sight of a stripped bare, beaten-up young guy, tangled-up midst the careless passing vehicles made me experience his pain and abandonment as my own. The driver just shrugged his shoulders and drove on. At night in the hotel I read the words of God as spoken through Isaiah and it is this scripture which became the blue-print of Sewa Ashram/Delhi House. These words and the living words of Jesus have thus far sustained the lively community of Sewa Ashram, more then that; the community has become indeed that well-watered garden, a spring whose waters never fail.

The Sewa Ashram continues to evolve

Under the expert leadership of Keshav and his team the community has been reshaped inward and outward, still being inspired by these same words of Isaiah, which also led Keshav to this work. Sewa Ashram is as relevant as ever, even more so. At its humble beginnings, Sewa Ashram was situated in a rural landscape. The small farmers were evicted, trees stripped bare and eventually cut down to feed the fires of so many poor households. When grass and shrubs were grazed barren and the last remnants of nature destroyed, concrete came in its place. Where once flocks of waterfowl landed to feed, wading through rice-paddies in the wake of a buffalo heading out for a bath, where at evening the boys went out for a rowdy game of cricket, where you could see the enormous red sun disappear beyond a pastoral landscape, there now arises a whole new city with buildings so high, a poor man might disappear altogether, dwarfed by the grandiosity around him. Will this new city be a ‘’heartless’’ city? Sewa Ashram and Jesus Christ who dwells within, might be just the heart which this, yet soulless new city needs.

Reunion on the smartphone

How great a surprise and how great a privilege then, to be called unexpectedly by a bunch of young men living and serving at Sewa Ashram.Since they all carry smart-phones it was a video-call, and there I was, after ten years, facing a troupe of eager looking, broad-smiling, healthy and bright faces, calling Baba, Baba, laughing a lot. Many of these young men and women I have known since they were a child. I won’t start with names, there are too many, I might leave one out, but be assured, all are treasured in my heart. Beyond each smile lies a tragic story of broken families, poverty, homelessness and illness. It has been a privilege to offer them a home, health, education and family. They in turn, have served the community of the poor at the Ashram, as the word ‘’Sewa’’ implies. How wonderful to witness this personal transformation, how each one of them became the person they were intended to be, and how, in fact, it are these young people who are the very back-bone of Sewa Ashram, repairer of broken walls, restorer of streets with dwellings.

My personal journey – a return home

It is only now, in retrospective, that I found myself to be lost after the plane lifted from the Indira Gandhi Airport ten years ago. As soon as the rubber left the tarmac I flew, and high and lonely was my soaring, a circling over mountains and through forests, looking for a home, a place to settle, alone, alone. To be found I had to be lost, to return there needs to be a place to return to. The forest became my home, loneliness and suffering my cell. Now however, after a lengthy process of “re-integration” in a world of which I was estranged (my eyes only see beauty and suffering), I have been found and welcomed as the prodigal son I was, into the arms of the “Steiger/No Longer Music” family which I once joined in 1993. It is a privilege to be servant of the servants. I will soon be the gardener at the Steiger International center in Krogis. But more then this, I will not be any longer alone but part of a vibrant Christian Artists community.

The way David and Jodie Pierce and their sons welcomed me into their family has been nothing short of a revelation. The story of the return of the prodigal son was enacted before my very eyes. The love and compassion in their eyes, the way they looked at me, is only to be compared with the way God looks at us. May this be a testimony of the unconditional love the Father has for each one of us. Nothing can separate you from the love of God.